This text was written by Luciani Gomes for the BBC and posted on this blog by Andre Rosa for EDUCATIONAL PURPOSES
In Brazil on average it takes 119 working days to start a business.
Long known as the country of the future, Brazil is now the nation of the moment.
Yet while the country has become the world’s sixth-largest economy, reform of the laws and regulations for opening and running businesses don’t seem to be improving at the same pace.
Although bureaucracy is obviously not part of Brazil’s propaganda, it’s a huge part of the country’s way of life. And anyone interested in opening a business in the country, Brazilian or outsider, should know this.

According to the World Bank’s 2012 annual global report “Doing Business”, which evaluates the ease of starting a business, dealing with construction permits, registering property, and paying taxes, Brazil ranked 126th this year out of 183 countries.

On average, it takes 13 procedures and 119 days of work to start a business in Brazil. And construction permits demand an average 17 procedures and 469 days to finally get authorised.

“You need a document. But to have that document, you need to hand in another seven documents. And to get each of these seven there’s a different demand.”

To find his way through Brazil’s bureaucracy, Mr Cornet-Vernet had to hire a lawyer, a forwarding agent and an accounting specialist.

And even so he could not see the end of the journey. Each new step would bring him a new surprise. Taxes was the next one after paperwork.

“I sell macaroons, popsicles and chocolates. And each of these products is under a different tax,” says Mr Cornet-Vernet.

To make it even harder and costly, his store and factory, both in the same neighbourhood, had to be registered as different businesses. On top of all that, a chocolate machine he imported to double the production, has been stuck in customs since December.

The excess of laws, regulations, taxes, paperwork and time to fulfil the requirements when opening or running a business is one of the reasons why 40% of Brazilian start-up businesses do not survive for more than two years after opening, according to data revealed by the end of 2011 by IBGE, Brazil’s main government research institute. 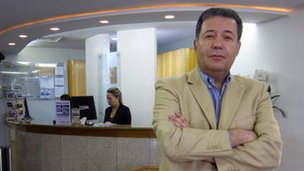 Cristiano Prado, a Rio-based industrial competitiveness manager, says that someone starting a business has to get approval from no less than 12 government agencies. He adds that the final cost of the required documents can surpass 2,000 reals ($1,023; £633).

Another specialist on the matter, Joao Carlos Gomes, economy superintendent at the Trade Federation of the State of Rio de Janeiro, says: “It’s crucial to make Brazil meet the global standards. We’re very far away from it.”

In 2010, bureaucracy cost Brazil 46.3bn reals, according to a study made by Sao Paulo Industry Federation (Fiesp).

Such high levels of bureaucracy creates a fertile environment for corruption.

In Brazil, it’s not uncommon to be asked for a bribe to speed up issuing of a document.

Alexandre Sampaio, an entrepreneur since the 1980s in the hotel industry, faced such a situation at the private school where he’s a counsellor.

The school declined to comply with the demand for a bribe.

“We got the document, but it took a lot more time for us to get it,” he says.

Julia Santos, who owns three units of a childcare centre chain in Rio de Janeiro, knows all too well the difficulties imposed by Brazilian bureaucracy. 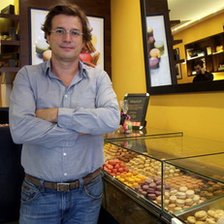 “I could have got my businesses running sooner if I didn’t have to wait, at each time, for a new document, a new stamp, etc,” she says, adding that the constant change on tax criteria is an extra headache for her.

Mr Sampaio, owner of two hotels, one in Rio’s Copacabana and another one in Macae, 180 km from Rio, believes the bureaucracy is certainly an obstacle, but the country has climbed a few steps, especially in what concerns micro and small businesses.

“Nowadays an individual company is possible. Before you needed a partner to open any kind of business,” he says.

Mr Sampario adds that Brazil also improved its tax system, he says, with the National Simple in 2007, a law that created a differential and simplified tax regime to micro and small business, further improved at the end of 2011 to include more entrepreneurs.

For analysts the country could improve its system by simplifying and unifying processes and regulations.

“Some innocuous steps that only exist here should be extinguished”, says Cristiano Prado.

Technology could also ease the bureaucratic processes, say others, by allowing business owners to request permits or pay fines online. 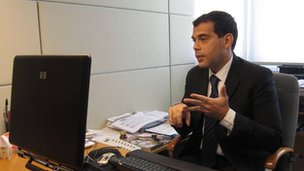 The ideal, though, all agree, would be a one-stop-shop, a place where all the process would be done, just like it is in Pierre Cornet-Verne’s France.

He says: “It’s a country with an excellent market and high demand. But it’s a pity it has such huge bureaucracy. Brazil is a great country when it works.”