The number of people who want to run their own businesses and say goodbye to regular jobs and everything that comes in the package – especially the bosses – is growing.

Between 2002 and 2010, the number of young Brazilians aged between 18 and 24 who took a chance at becoming an entrepreneur rose by 74%, according to Global Entrepreneurship Monitor. 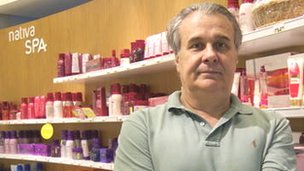 Yet since starting a business from scratch is so difficult in Brazil, the franchising model has emerged as the simplest and safest way to run your own business.

In the past 10 years, the franchising sector has been growing by an average of 10% to 13% annually, according to the Brazilian Association of Franchising.

This year, Brazil’s franchising industry is expected to grow yet again, by 15% in terms of profits and by 10% in terms of the number of franchisees across what now stands at 2,031 brands.

Questioned about why the franchise sector is growing so much in Brazil, Maria Cristina Franco, vice president of the Brazilian Association of Franchising, says: “Our franchising system has passed through many political and economical moments and that helped improve it.

“We showed maturity and consolidated a system that became a model to the whole world.”

Brazil now occupies fifth position in the world franchising league table. The USA is the first one, with 800,000 franchisees, while Brazil has 93,000.

Ms Franco is optimistic of future growth in Brazil: “If our economy continues to grow responsively, I believe we can grow ten-fold.”

Andre Barcellos used to work at the stock market and had some expertise in business administration.

He decided 14 years ago to leave everything behind and become his own boss, looking for more financial stability.

“It was not an easy time in Brazil and the possibility of becoming unemployed scared me,” he says.

He did research and found out about Rei do Mate, a restaurant chain specialising in “mate”, a kind of cold tea popular in Rio de Janeiro.

While still employed, he opened his first store at a time when franchises were not popular or at least widely known in Brazil.

Now Mr Barcellos has 10 outlets across the the city and will soon open another three.

The greatest advantage of buying a franchise is that the chances of failure are smaller as a consequence of its business model.

While the risk of failure in a non-franchising business is 80% in Brazil, with a franchise it drops to 15%, according to business support organisation Sebrae.

“The franchiser has already developed the methodology, he has his suppliers, knows his target and his communication strategy, for example,” explains Jaqueline Costa, head of the franchising division of Sebrae.

Also, the brand is usually already established and the products known.

“It is different from opening a business on your own, when opening a franchise you already know how much you’re going to invest,” says Mr Barcellos.

The disadvantage, everyone agrees, is that the entrepreneur doesn’t have space to be creative. Everything is already set and is standardised, with plenty of rules to follow.

From the brand’s point of view, the most important benefit is that both franchiser and franchisee work for the same business, for the same brand in the market, and that makes the company stronger.

“Another advantage on the brand’s side is that it will have a much faster expansion than if it had to grow on its own,” says Ms Costa.

When the concept of franchising didn’t even exist in Brazil, Armando Einsfeld was looking for a new business. 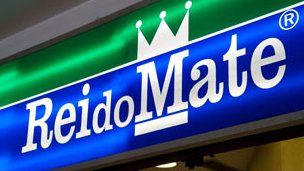 He was working as a vet when he was introduced to a cosmetics company called O Boticario.

Mr Einsfeld fell in love with the products, and decided he would open a store to sell them in Rio.

He got in touch with O Boticario and opened its first store in the city 32 years ago.

The brand is now Brazil’s biggest franchising chain in terms of number of stores in Brazil, and Mr Einsfeld is the owner of 23 of them.

Mr Einsfeld says that buying a franchise allows people to “invest with a little bit more safety” than if they were starting up their own stand-alone businesses.

Yet he adds: “It’s important to say, though, franchises are not always a recipe for success.”

Ms Costa urges people thinking of buying a franchise to do their homework.

“The entrepreneur has to know if the brand is known, if it’s doing well in the market, if there’s any restriction,” she says.

Although the chance of failure is lower for franchises in Brazil, no business is free from risk.