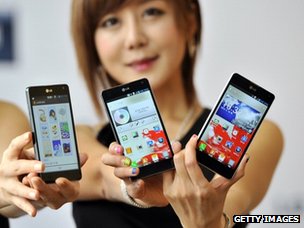 US and European regulators have called for patent rules to be “improved” following complaints about the way some smartphone makers had sought to defend their rights.

But the regulators said more clarity is needed about what that term means.

The call comes a day of talks convened by UN agency the International Telecommunication Union (ITU).

More than 140 participants attended the inaugural event in Geneva.

There were regulators from the EU and US Federal Trade Commission as well as the Korea Fair Trade Commission, China National Institute of Standardisation and Japan External Trade Organisation.

In addition, a number of patent officers and academics were involved.

The ITU has said it will now organise further discussions over the next 12 months to tackle the issue of “reasonableness”.

It also said it would explore further whether steps should be taken to reduce the extent firms were seeking to ban rivals’ products from sale on the basis that they had infringed what are known as standard essential patents.

“I am seeing an increase in the use of standard essential patent litigation around the world,” said the ITU’s secretary general Hamadoun Toure at the start of the day’s discussions.

“Although the standard and patent systems are both meant to spur innovation, the relationship between these two systems is complex and sometimes antagonisms arise.”

The talks were centred on patents registered as being critical to an industry-recognised standard.

Patents at the core of such technologies are registered as being “standard essential” and owners commit themselves to license them on fair, reasonable and non-discriminatory (Frand) terms.

This means they cannot refuse to grant a licence to anyone, so long as they agree to pay an appropriate royalty.

In return, they expect a payment from any device or software maker which makes a product using the technology in question.

The problem is that the patent owner and product maker do not always agree terms, leading to devices being launched without licence agreements, resulting in lawsuits.

What may seem a “reasonable” deal to one side does not to the other.