Should English Be The World’s International Language?

English is spoken in every major city in the world, especially tourist destinations. Terry Dip thinks there’s a problem with that. 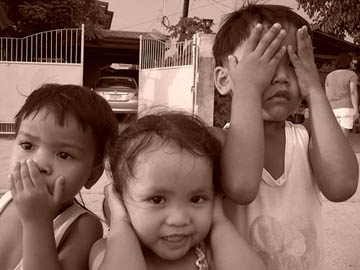 Paris. At a cafe outside the Pantheon, I see a group of Japanese tourists, all women between their 20′s and 50′s, telling a waiter in broken English, “Something to drink, please… non-alcoholic.”

Costa Rica. Far away from any major city, I get an ear infection and go to the doctor, who asks me if I speak Spanish. I can chat in the language, but I couldn’t discuss my medical status in necessary detail. The doctor speaks to me in English.

Ho Chi Minh City. I go out with a friend who is bilingual in Cantonese and Vietnamese. I speak neither language. We stay at his friend’s house who speaks only Vietnamese. The friend tries to communicate with me in English.

These scenarios happen the world over.

English is spoken in every major city in the world, especially tourist destinations. You might think that means it has the most speakers. Not true – Mandarin is spoken by more people, but Mandarin is not spoken much outside China.

If there’s a world language, it is English.

A Lack Of Colour

I find myself annoyed when Americans tour the world expecting to be understood whenever they speak in English.I am even more irritated when I hear travelers from outside the English-speaking world visiting another foreign country where English is not the official language and trying to get around by speaking English. To be fair, there’s nothing linguistically wrong with the English language, and I admit it’s very convenient (for Americans, Brits, and Aussies). But I strongly believe the prevalence of English is one of the biggest reasons the majority of America’s youth know next to nothing about the outside world. And the ignorance is not limited to just that age group. FDR ended American’s “age of isolationism” more than half a century ago.

Studying abroad has become more popular over the years for cultural immersion – yet the most common destinations for Americans are still Britain and Australia, followed by Italy, France, and Spain. You couldn’t live in Rome without speaking Italian, Paris without speaking French, or Seville without speaking Spanish, but English could arguably get you through a summer or semester, which is typically the amount of time college undergrads spend abroad before they get back to the U.S. in the fall. Even if American college students stay abroad long enough to understand the language and culture to a modest degree, most are still studying in the West. In comparison, India and China send more students to America for higher education than any other countries in the world. This is a severe global cultural imbalance (not unlike the import-export gap America has with China, and look where that’s gotten the US economy). 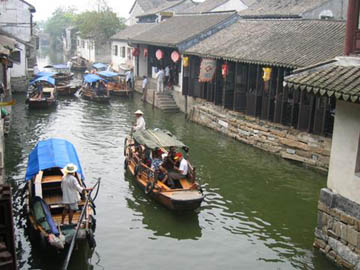 American movies and TV rule the world. That’s a fact. When was the last time you saw a TV ad or a billboard for a foreign film? Yes, we all know Bollywood, but the Indian actor/character Americans are most familiar with is undoubtedly Apu. Advertisements for Hero, House of Flying Daggers, and Fearless have gotten some airtime, but any publicity is minuscule compared to what any standard American movie gets. Furthermore, even big foreign films have only limited releases. During my time own study abroad term in Sweden, Pirates of the Caribbean II and Superman Returns were playing in major movie theaters whereas domestic Swedish films had posters in alleyways and were played in small movie houses. Friends is insanely popular in France. I know friends who stay up watching 24 in Hong Kong and Japan. I myself spent many weeknights watching Family Guy, in the original English (Swedes never dub their imported American TV shows), with fellow international students when we could’ve been exploring the nooks and crannies of Lund, the local town.

In Sweden, I had the privilege of taking an academic trip to Brussels with a number of colleagues. While at a mini-conference with some representatives from the EU Commission, an American student raised her hand and asked, “Is the EU thinking about having a single official language?” The EU now has over 20 official languages, and annual translation costs are over $1 billion USD – so if her question was thoroughly impractical, it did show some concern for the cost.

But then she added, “Maybe English?”

How many official languages does EU (European Union) have ?

Which countires send the most students to study in America ?

Which Language has the most speakers ?

Discuss your opinions with your teacher.