The world’s highest-paid female athlete is carefully explaining the process that she hopes will bring her global success.

But Russian tennis star Maria Sharapova, who plays her opening match at Wimbledon today, is talking about her business, not sporting, ambitions.

The 26-year-old has taken the first steps to becoming her own brand, and creating a new business career, with her Sugarpova sweets, newly launched in the UK.

It is just the latest country launch, in an ambitious drive that she hopes will see her become one of the biggest premium confectionery names in the world.

“Business and sport are both very competitive worlds, and I want to be the best in both,” says the 2004 Wimbledon champion.

Out of the sport

She says the product, begun entirely with her own money, is the start of her setting up a strong independent commercial foundation for when she leaves the game.

“When I was injured it gave me a chance to consider other options outside tennis,” she says, referring to a period in 2008-09 when shoulder surgery meant she was out of the sport for nine months. 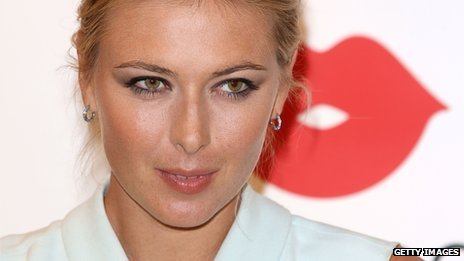 The logo of the Sugarpova confectionery brand

The French Open runner-up says it took her two years to create the sweets, which were launched in the US last year and have since been introduced to a number of other countries.

According to Forbes, she has total career earnings of $26m (£17m) and is rated by the business magazine as the 22nd highest paid athlete in the world, and the top female one.

But she laughs off the statistics, saying that “these are just numbers”, and that financial gain was not her prime motivation for moving into the sweets business.

Rather it was about financial responsibility.

“I have been thinking for a long time that I wanted to be the person making the business decisions, be it the financial, creative or advertising side of things,” she says.

“I also wanted to build something else of my own, aside from tennis.”

Sharapova says she took two years before the launch because she wanted to study closely what else was on the market.

“For me, it has been a process combining creativity and brand creation,” she says.

Perhaps it is not too surprising that she wanted to create her own brand, given her history of active involvement and collaboration in her sponsorship deals. 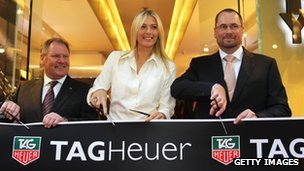 Sharapova has worked closely with a number of big-name brands

“I have had a lot of experience of creative input with my business partners,” she says.

She created a line of shoes for Cole Haan and the Sharapova’s ballerina flat was one of the top-selling shoes for the company.

For TAG Heuer she designed a line of sunglasses, and Sharapova also has her own tennis line for Nike, which six other female players on the WTA tour use.

Perhaps one of her most interesting collaborations was with the famed architect Frank Gehry to come up with items of jewellery for Tiffany.

So which of these many sectors does she plan to expand into once her playing days are over?

“I see my brand going into a few directions. Fashion and cosmetics are passions of mine, and I think there is room there,” she says.

Some flak has come her way for launching a sugar-based product when much of the Western world, including the US and UK, has an obesity epidemic.

“It is understandable. The world is full of different opinions,” she says. 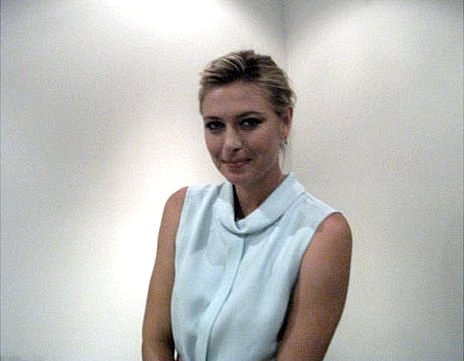 “I am an athlete, so I am one of the first to know what is important for the body, and a healthy lifestyle.

“At the end of the day, things are fine if taken in moderation.”

The Wimbledon No 3 seed says she has taken the tactical and mental strengths she has found in tennis into the world of business.

They will called upon once more today, when Sharapova starts her Wimbledon campaign, and she is ready to take up battle with Serena Williams again.

“I love coming back to Wimbledon, and playing on the Centre Court. It is a special tournament for me.”

From: Uncategorized
No comments yet